What: Cinema Italian Style
Where: SIFF Cinema Uptown
When: Nov 8 - 15

SEATTLE - OCTOBER 25, 2018 - For the tenth year SIFF is presenting its annual celebration of the best of current Italian films. The week-long event runs November 8 through November 15 at SIFF Cinema Uptown, and features seventeen extraordinary features and one short film with some of the biggest names in Italian cinema today.

The week kicks off on Thursday at 6:30 PM at La Marzocco Showroom and Cafe at KEXP for the 25th Anniversary of our Presenting Sponsor, Seattle-Perugia Sister City Association, with hors d'oeuvres and artisan wine followed by our Opening Night film, The Guest (L'ospite) at 8:00 PM at SIFF Uptown. Short Skin director Duccio Chiarini returns with the misadventures of Guido, a middle-aged man dumped by his girlfriend, forcing him to seek refuge on the various couches of family and friends.

Highlights include Italy's 2018 Official Oscar® submission, writer and director Matteo Garrone's (Gomorrah) Dogman, a revenge tale about a mild-mannered dog lover who is driven to fight back against his tormentor; Italy's Golden Globe winner, The Intruder (L'intrusa), about a town in the grip of the mob and the innocent victims that inevitably pay for for their parents crimes; Fairytale (Favola), a delightfully surreal take on 1950s Americana replete with poodles, tea parties, and alien invasions; the star power of Emmanuelle Devos and Fabrizio Gifuni anchor Where I've Never Lived (Dove non ho mai abitato) about a prodigal daughter whose life is changed forever when she agrees to restore a lakeside villa in place of her ailing father; and Loro, a film from Paolo Sorrentino, starring Toni Servillo (Let Yourself Go!, Cinema Italian Style 2017) as politician Silvio Berlusconi, in all his corrupt, hedonistic, and debauched excess and glory. Not for the faint of heart.

A couple of annual traditions are returning including a half hour-long wine sampling event on Sunday, November 11 at 3:45 PM, to precede The Last Prosecco (Finche' c'e' prosecco c'e' speranza), a hilarious whodunit about an awkward detective investigating the mysterious demise of a Count. Additionally, this year's archival film is the great Michelangelo Antonioni's 1950 directing debut, an adaptation of James M. Cain's 1934 novel, "The Postman Always Rings Twice", The Story of a Love Affair (Cronaca di un Amore).

Lastly, our Closing Night film, Euphoria (Euforia), will end the festival on a high note as award-winning actress and director Valeria Golino (Emma, Cinema Italian Style 2017), is back with her directorial follow-up to Honey, Euphoria (Euforia), a tale of two very different brothers getting to know each other again as adults. Featuring stunning performances from Riccardo Scamarcio and Valerio Mastandrea, the supporting cast includes Isabella Ferrari, Valentina Cervi, and Jasmine Trinca. The festivities will continue after the film at Osterio la Spiga, where you can indulge in delectable bites and mingle with fellow Italian Cinema aficionados!

SIFF Artistic Director, Beth Barrett reflects this year's line-up, "The tenth year of Cinema Italian Style brings both great discoveries and the biggest Italian films to Seattle. From Paolo Sorrentino's sprawling and decadent Loro to the next generation of filmmakers bringing their Oscar® qualifying short film Magic Alps, the thrillers, comedies, documentaries, and romances in between have a little something for everyone," enthusiastically adding, "We are thrilled to have partners like the Seattle Perugia Sister City Association, celebrating their 25th anniversary, and the amazing Italian community come together around the experience of these films."

Bookended by two fabulous parties and with several special guests in attendance, the week promises to be una settimana di film straordinario!

Founded in 1976, SIFF creates experiences that bring people together to discover extraordinary films from around the world with the Seattle International Film Festival, SIFF Cinema, and SIFF Education. Recognized as one of the top film festivals in North America, the Seattle International Film Festival is the longest, most highly attended film festival in the United States, reaching more than 145,000 annually. The 25-day festival is renowned for its wide-ranging and eclectic programming, presenting over 400 features, short films, and documentaries from over 90 countries each year. SIFF Cinema exhibits premiere theatrical engagements, repertory, classic, and revival film showings 363 days a year on five screens at the SIFF Cinema Uptown, SIFF Cinema Egyptian, and SIFF Film Center, reaching more than 175,000 attendees annually. SIFF Education offers educational programs for all audiences serving more than 10,000 students and youth in the community with free programs each year. # # # 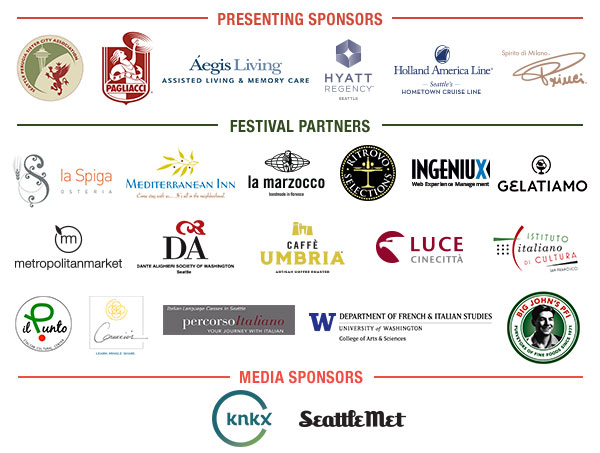 
There Is No Evil, Who We Are: A Chronicle of Racism in America Win Top Awards at the 47th Seattle International Film Festival