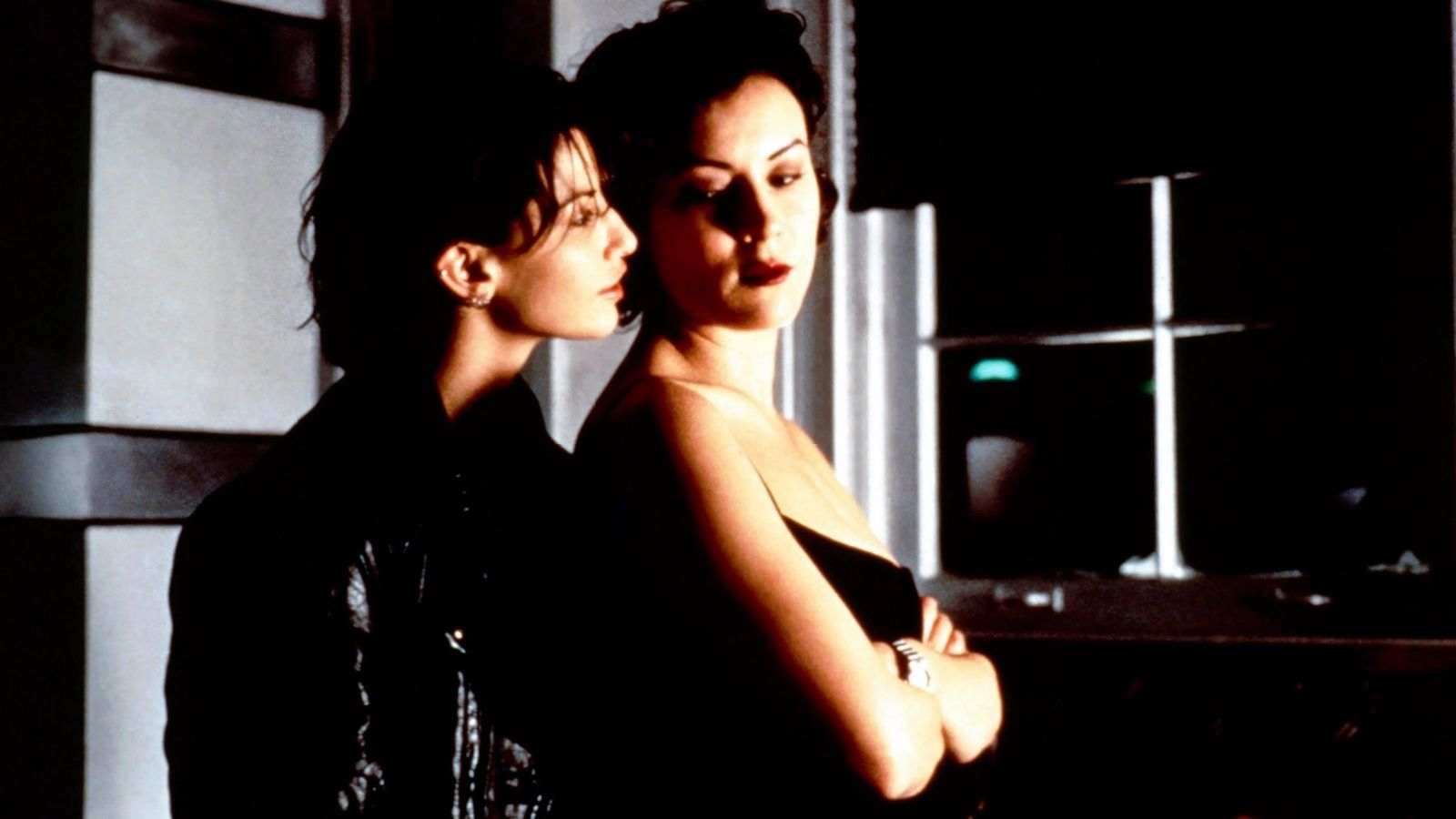 Tough ex-con Corky and her lover Violet concoct a scheme to steal millions of stashed mob money and pin the blame on Violet's crooked boyfriend Caesar.

Sparks fly when Violet (Jennifer Tilly) sets eyes on Corky (Gina Gershon) in an elevator. Violet is the girlfriend of a violent gangster, Caesar (Joe Pantoliano), while Corky is fresh out of prison and doing renovations on the apartment next door. As the two women launch into a passionate love affair, they assemble an intricate plan for Violet to escape from Caesar, with two million dollars of the mob's money—but the important part is to make it out alive.