Join John Trafton and Heather Marie Bartels as we venture into the frightening world of Dracula on film. 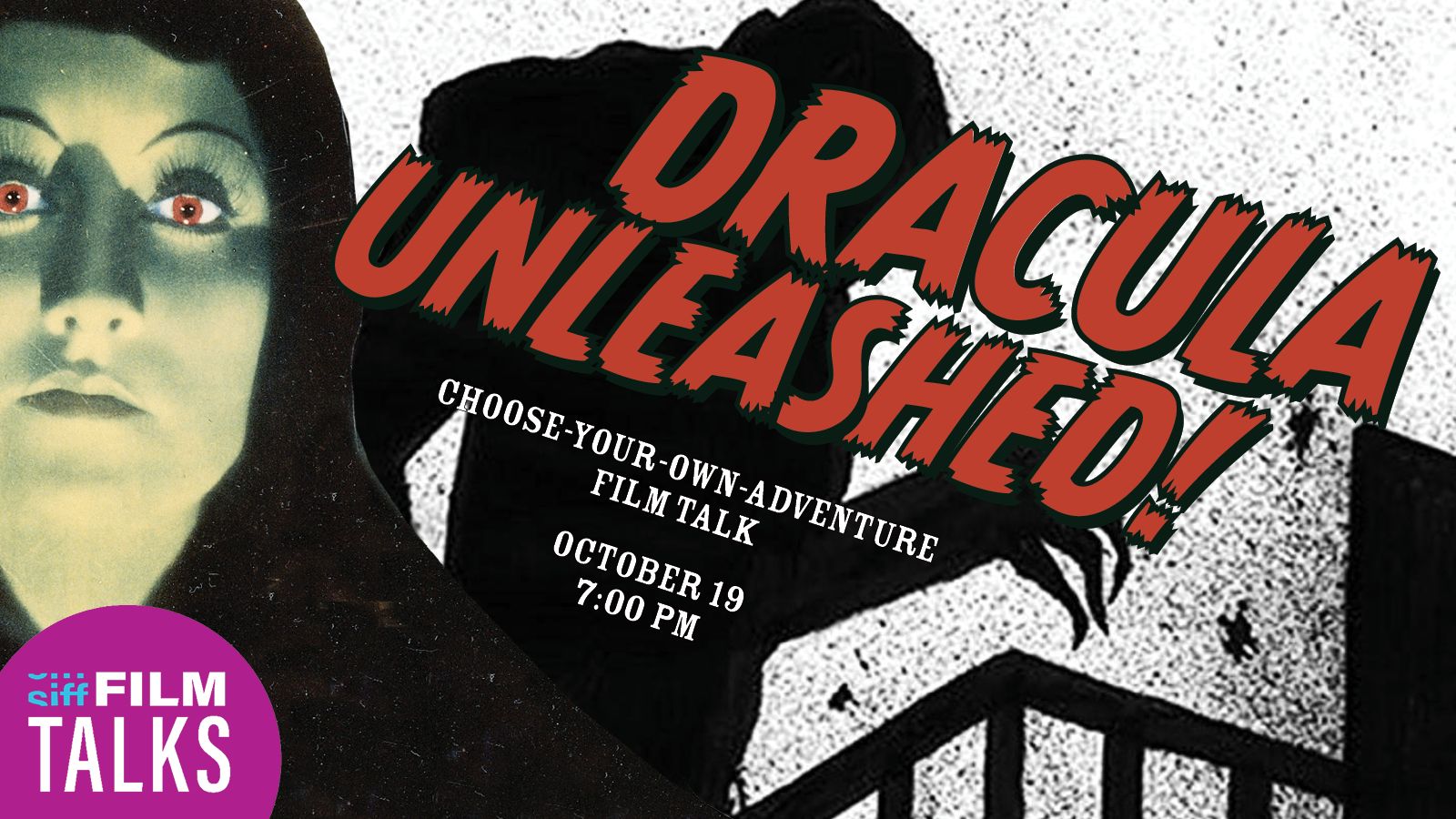 He is the most terrifying villain of all time, spawning hundreds of films and pop culture references. Join John Trafton and Heather Marie Bartels for another installment of SIFF Film Talk’s choose-your-own-adventure series as we venture into the frightening world of Dracula on film. We will travel through the dark underbelly of London and to the mountains of Transylvania in search of the people and locations that inspired novelist and playwright Bram Stoker. We will look at the early adaptations, such as Nosferatu (1922) and Bela Legosi’s iconic portrayal from 1931. We’ll explore the world of Hammer Horror and Sir Christopher Lee’s performance as the bloodthirsty count. Lastly, we’ll look at the stylish Francis Ford Coppola adaptation, a film that celebrates its 30 year anniversary this year.