The Godfather, 50 Years On: A Choose-Your-Own-Adventure Film Talk - Hybrid 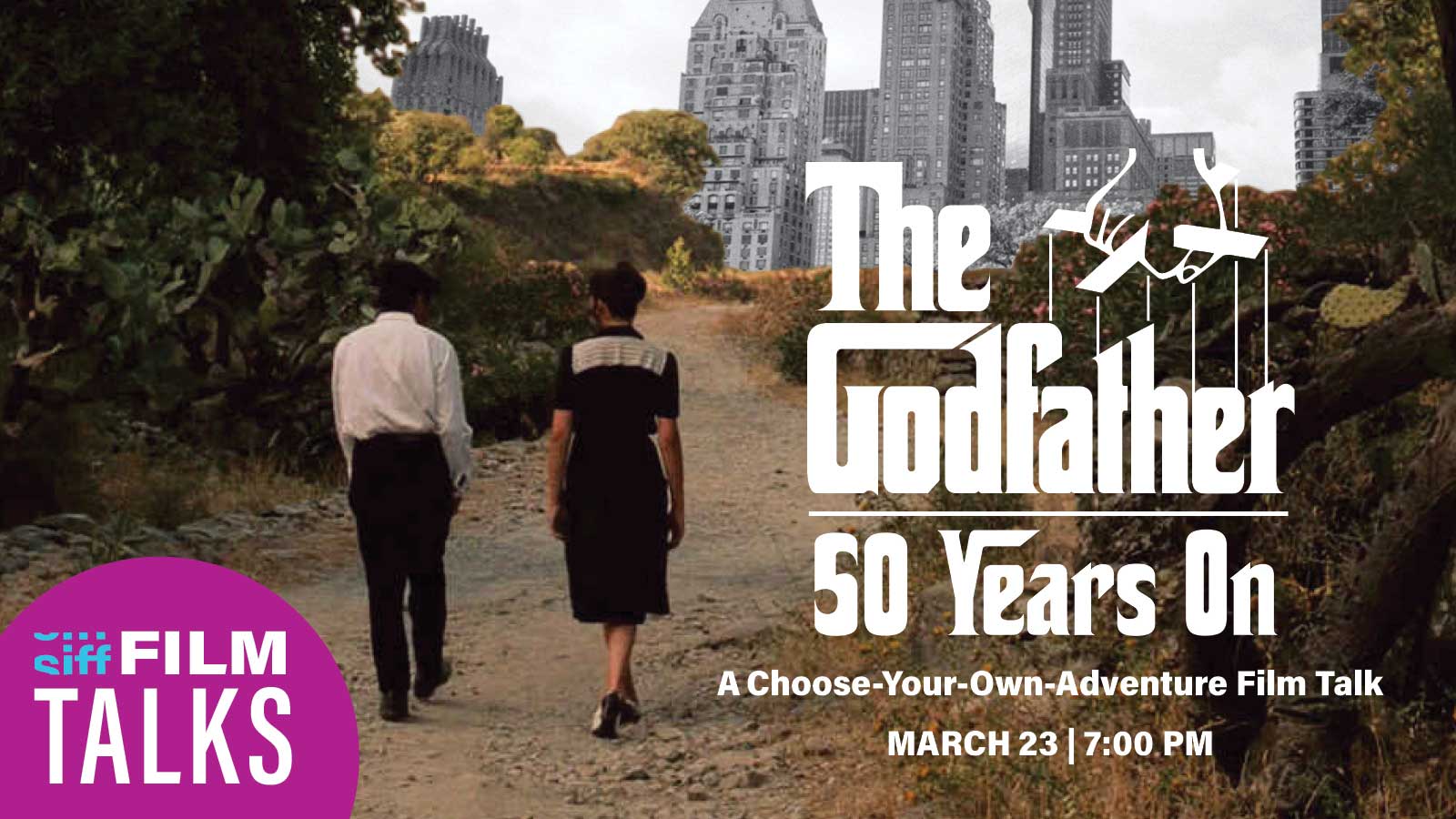 This month, The Godfather turns fifty-years-old. The first chapter in the Corleone family saga continues to fascinate audiences and inspire filmmakers around the world. This special SIFF event will explore the legacy of Coppola’s film in the twenty-first century, but in a way that is very different from how you may have experienced the film previously.

Prepare yourself for an immersive experience in which you will choose your own path through the world of the film, as we look at filming locations in New York City, Sicily, Los Angeles, and the Bay Area. Visit the Corleone Mansion on Long Island (in reality a Staten Island location). Travel to the Woltz mansion and stables in Los Angeles, a former Hearst estate. Roam the hills of Sicily with Michael and his bodyguards. And explore Coppola’s home city of San Francisco during the early 1970s, a bohemian environment that fueled the film’s pre-production.