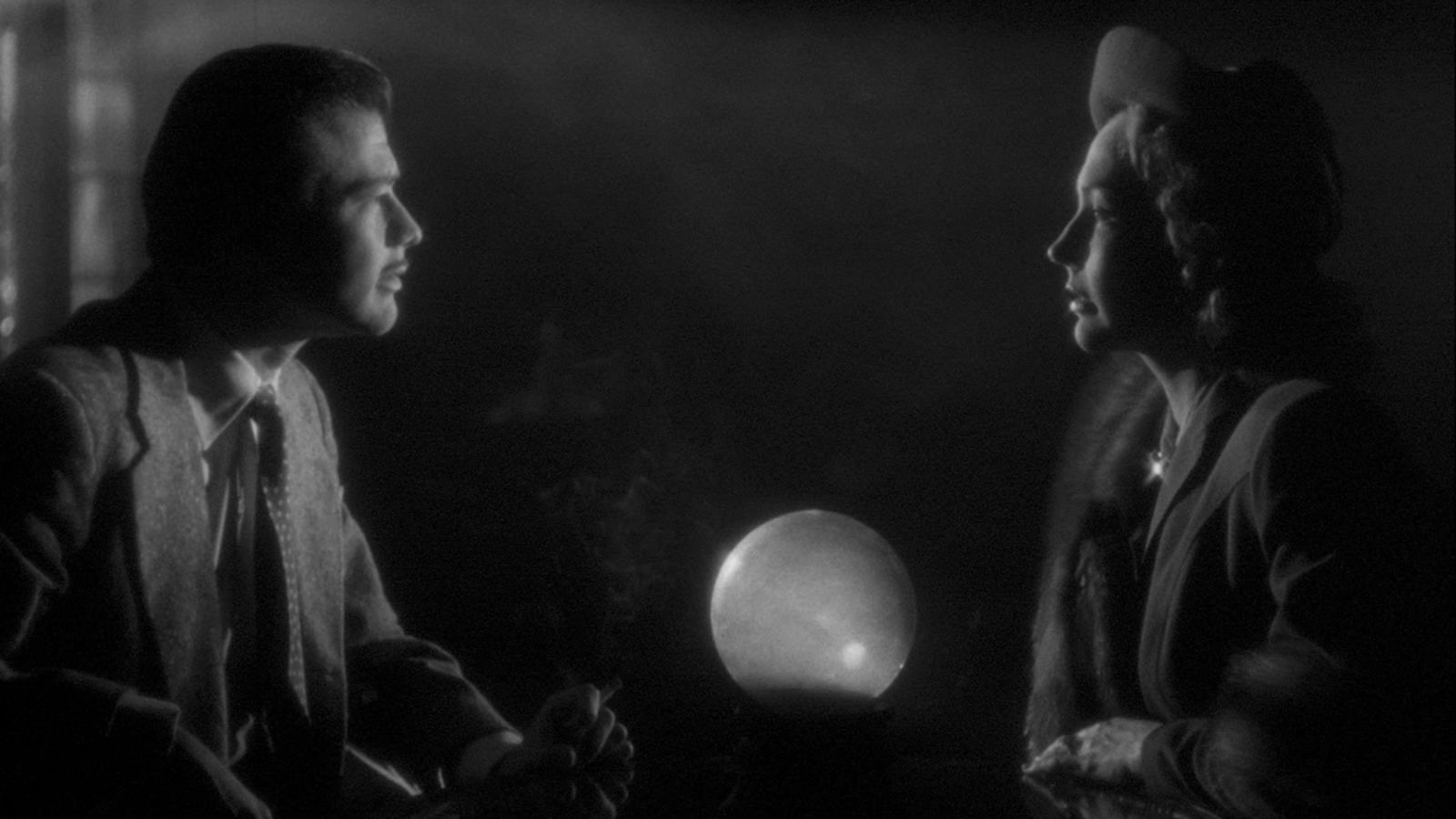 The clever story of a psychic insinuating himself into the mansion of a wealthy widow convincing her he can communicate with the dead.

John Alton's stunning cinematography elevates to exhilarating heights this clever story of a psychic (Turhan Bey) insinuating himself into the moody cliffside mansion of a wealthy widow (Lynn Bari) by convincing her, and her less impressionable daughter (Cathy O'Donnell), that he can communicate with the dead. Filled with clever visual gags and tricky sleight of hand, and featuring a smooth-as-silk turn by Bey as the sophisticated charlatan. One of the most satisfying "B" films of the era.