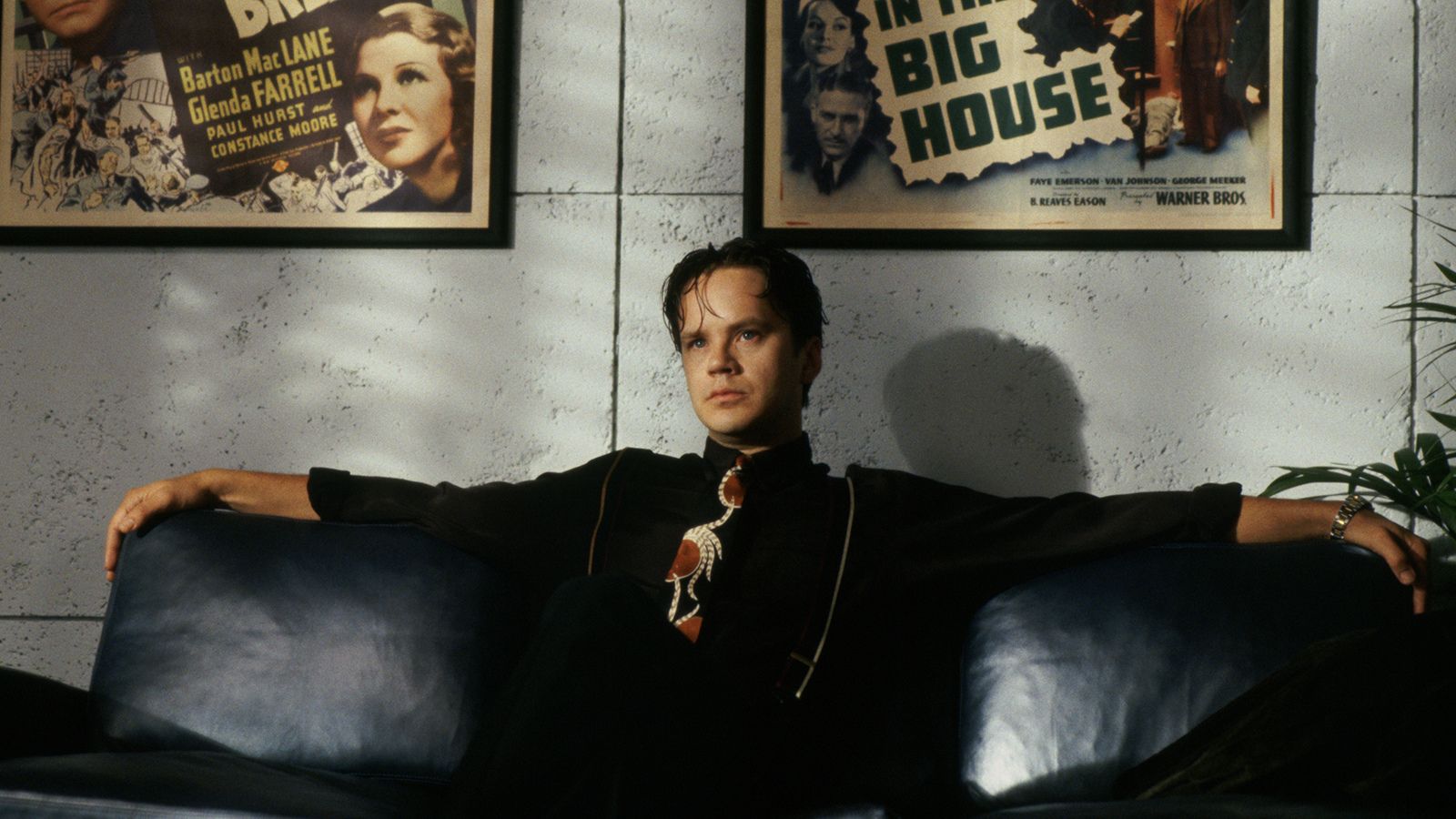 A Hollywood studio executive is being sent death threats by a writer whose script he rejected, but which one?

A Hollywood studio executive with a shaky moral compass (Tim Robbins) finds himself caught up in a criminal situation that would be right at home in one of his movie projects, in this biting industry satire from Robert Altman. Mixing elements of film noir with sly insider comedy, The Player, based on a novel by Michael Tolkin, functions as both a nifty stylish murder story and a commentary on its own making, and it is stocked with a heroic supporting cast (Peter Gallagher, Whoopi Goldberg, Greta Scacchi, Dean Stockwell, Fred Ward) and a lineup of star cameos that make for an astonishing Hollywood who’s who. This complexly woven grand entertainment (which kicks off with one of American cinema’s most audacious and acclaimed opening shots) was the film that marked Altman’s triumphant commercial comeback in the early 1990s.