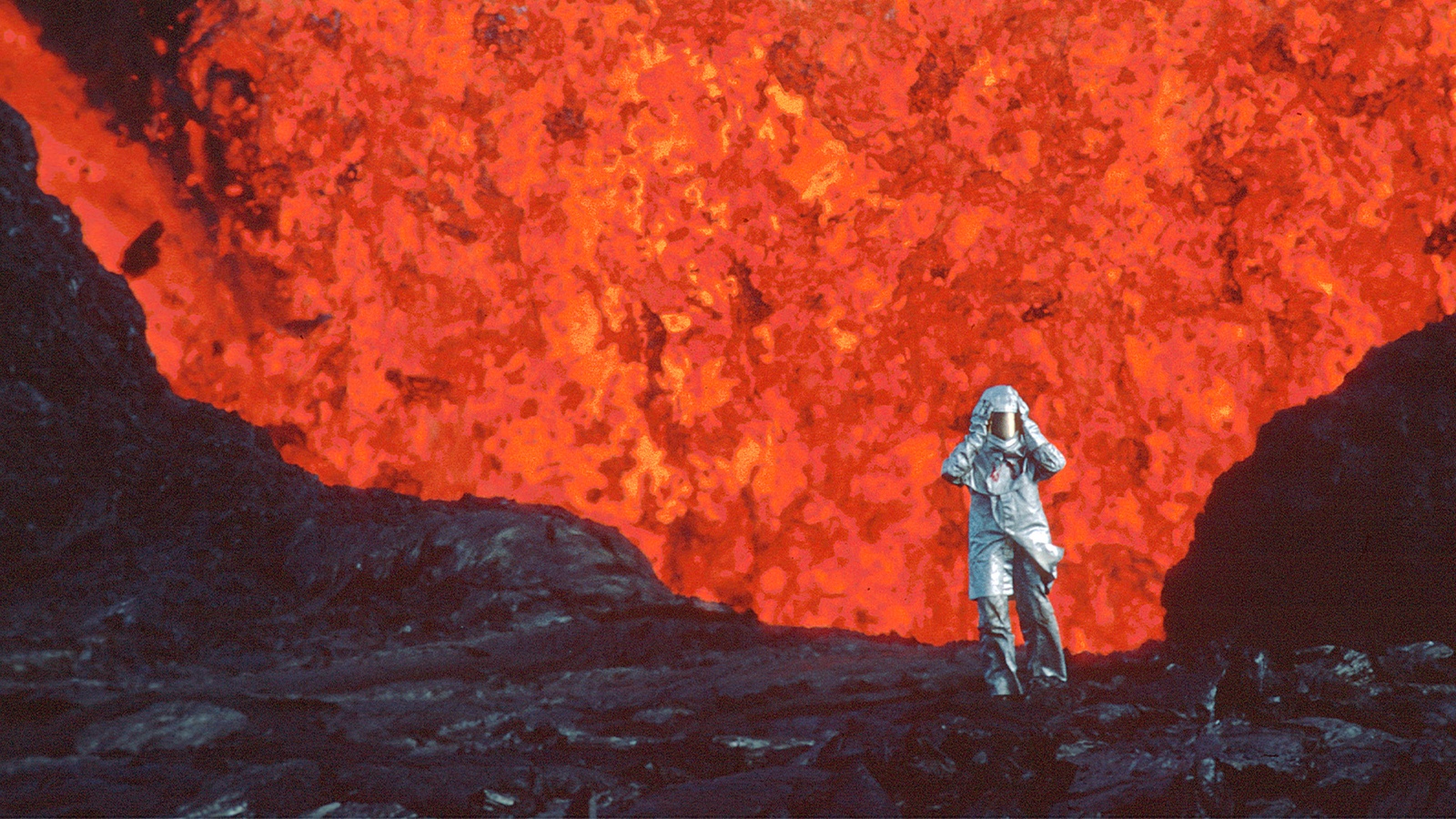 Married volcanologists Katia and Maurice Krafft made their name chasing and documenting tectonic eruptions and their aftermath the world over, until they would lose their lives to their own lava-chasing obsession, in this strange and spellbinding love story.

How far would you go for science? What about love? Young volcanologists Katia and Maurice Krafft decided to forgo a traditional married lifestyle, instead dedicating two decades of their lives to studying and documenting volcanoes on a never-ending romantic getaway. Constructed mostly out of the archival footage shot by the French explorers as they travel the globe capturing footage of volcanoes as they erupt (including our own Mount St. Helens) from terrifyingly close proximity, director Sara Dosa (The Last Season, The Seer and the Unseen) steers us through the natural beauty and the intensely real dangers of their first-hand research. Katia and Maurice themselves look like they stepped out of a Wes Anderson movie, and perhaps they inspired him, with their matching explorer suits and caps. Along with their extensive volcano footage, the two playfully film each other gleefully tromping in front of the camera, showcasing their endless passion for what they do. Their mortality looms overhead as they get closer and closer to their true love, but as Maurice says, “It will kill me one day, but that does not bother me at all.”