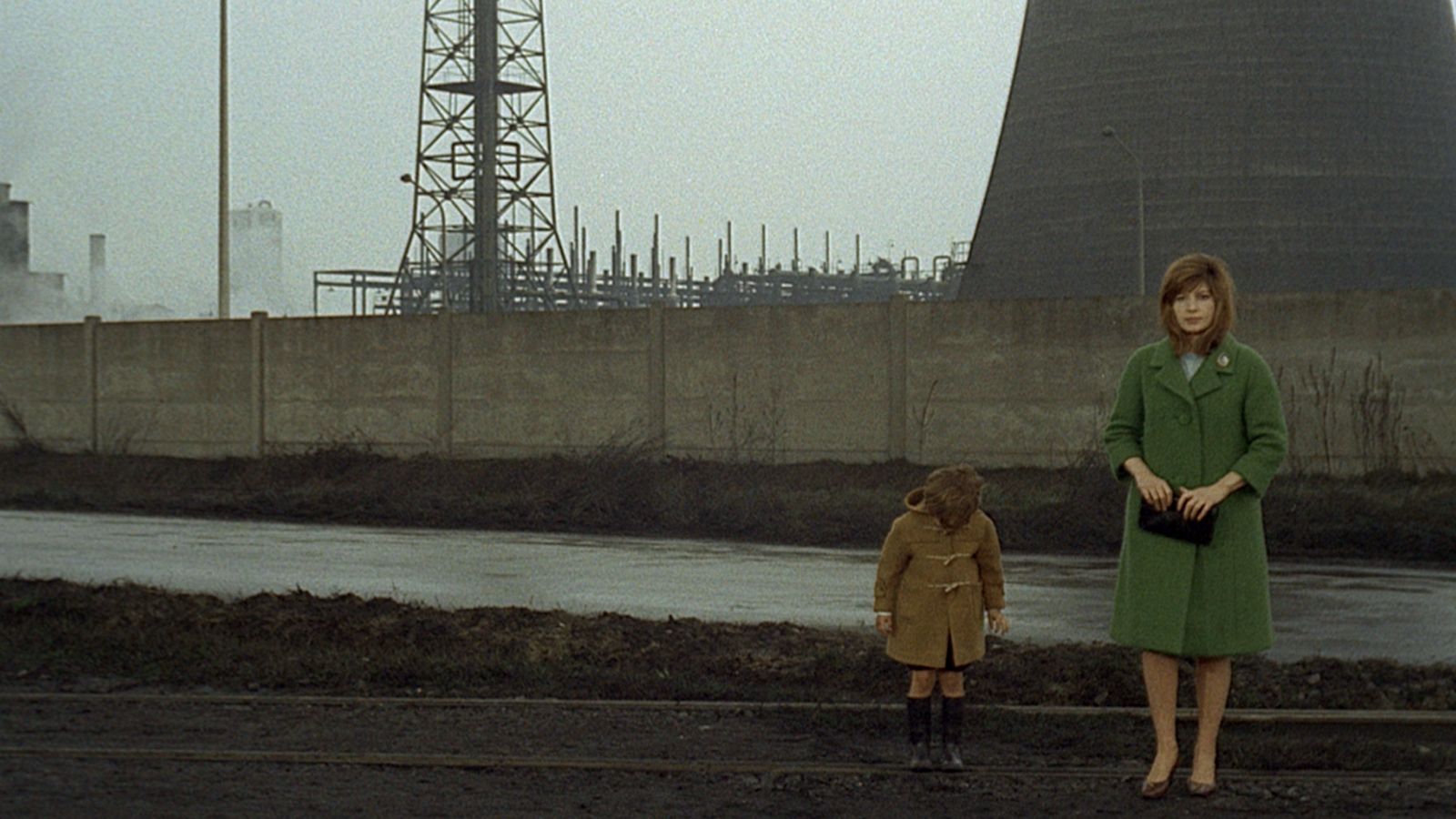 A provocative look at spiritual desolation in the technological age, starring Monica Vitti as a housewife amidst a sulfuric, industrial landscape and tentatively flirts with her husband’s coworker. Michelangelo Antonioni’s newly restored classic is one of the most innovative uses of color cinematography on record, and an exceptional depiction of modernity. Awarded the Golden Lion at Venice in 1964.

"It's too simplistic to say—as many people have done—that I am condemning the inhuman industrial world which oppresses the individuals and leads them to neurosis. My intention ... was to translate the poetry of the world, in which even factories can be beautiful."
— Antonioni on Red Desert

By boldly using color to inscribe a kind of neurosis on the modern landscape, Antonioni created one of the most psychological and dramatic films ever made. This provocative look at the spiritual desolation of the technological age—about a disaffected woman, brilliantly portrayed by Antonioni's muse Monica Vitti—continues to keep viewers spellbound. With one startling, painterly composition after another—of abandoned fishing cottages, electrical towers, looming docked ships—Red Desert creates a nearly apocalyptic image of its time, and confirms Antonioni as cinema’s preeminent poet of the modern age. Questioned about his use of color to evoke ecological ruin and rebirth, the filmmaker observed, “To take for granted the end of the forest; to make something full into something empty; to submit this old reality, by discoloring it, to a new one, a new reality which is just as suggestive—isn’t this what has been happening here for years, in a flux that never stops?” Presented in a new 4K digital restoration courtesy CSC-Cineteca Nazionale and Istituto Luce Cinecittà with the cooperation of RTI-Mediaset.