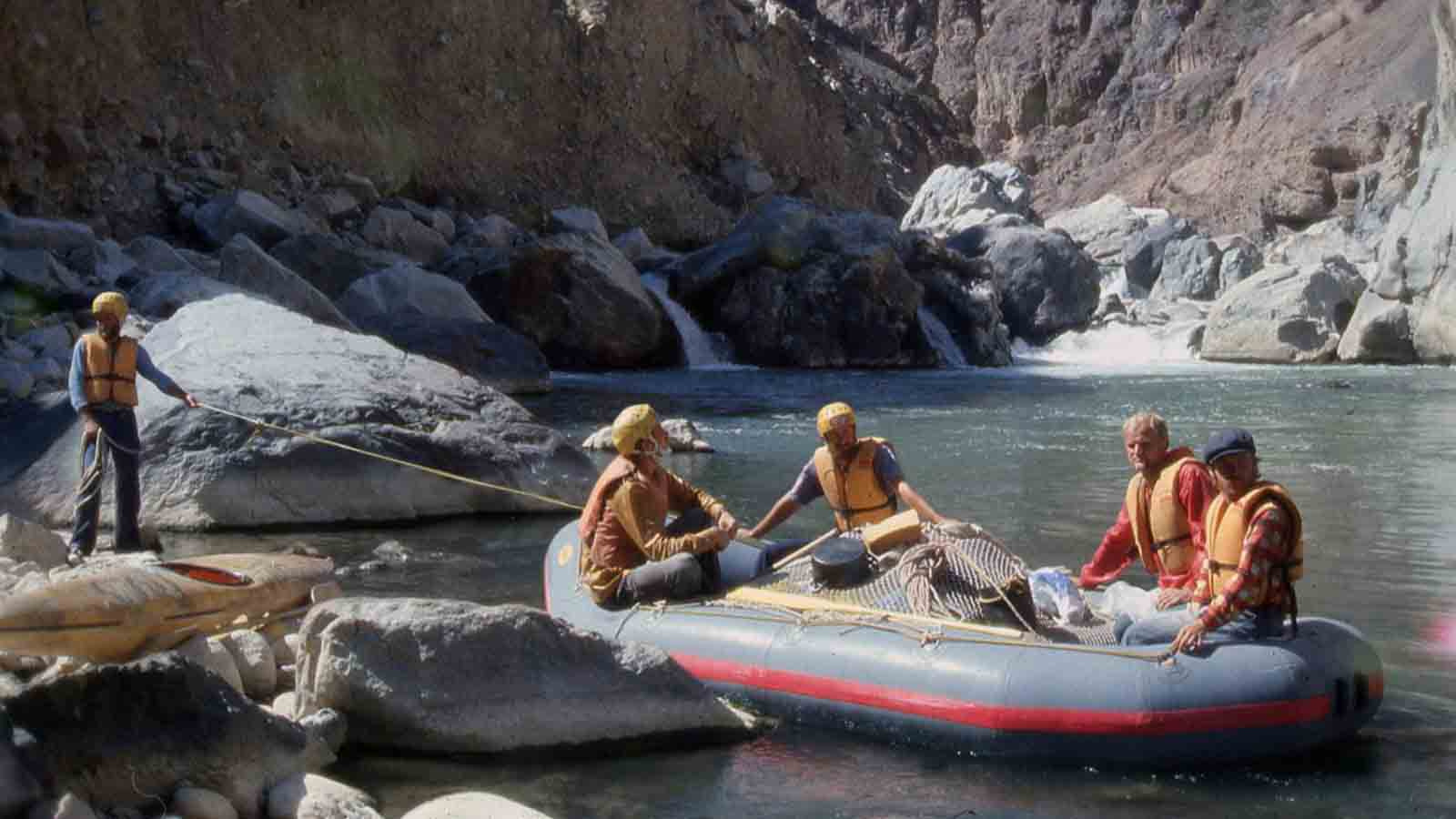 Five students fight for democracy in Poland after claiming the first descent of the world's deepest canyon.

This epic adventure film takes place during the Cold War. A handful of brazen, and perhaps naive, university students concoct a harebrained plan to escape Soviet-era Poland to paddle their janky, homemade kayaks in some “real” whitewater. Though they have little to no paddling skills, these unwitting adventurers are obviously charmed with the sport. Against all odds, they connive their way out from behind the Iron Curtain, eventually finding themselves in South America, where they embark on a kayaking mission that seems doomed. Hang on to your hat for the never ending drama of this largely unknown expedition.