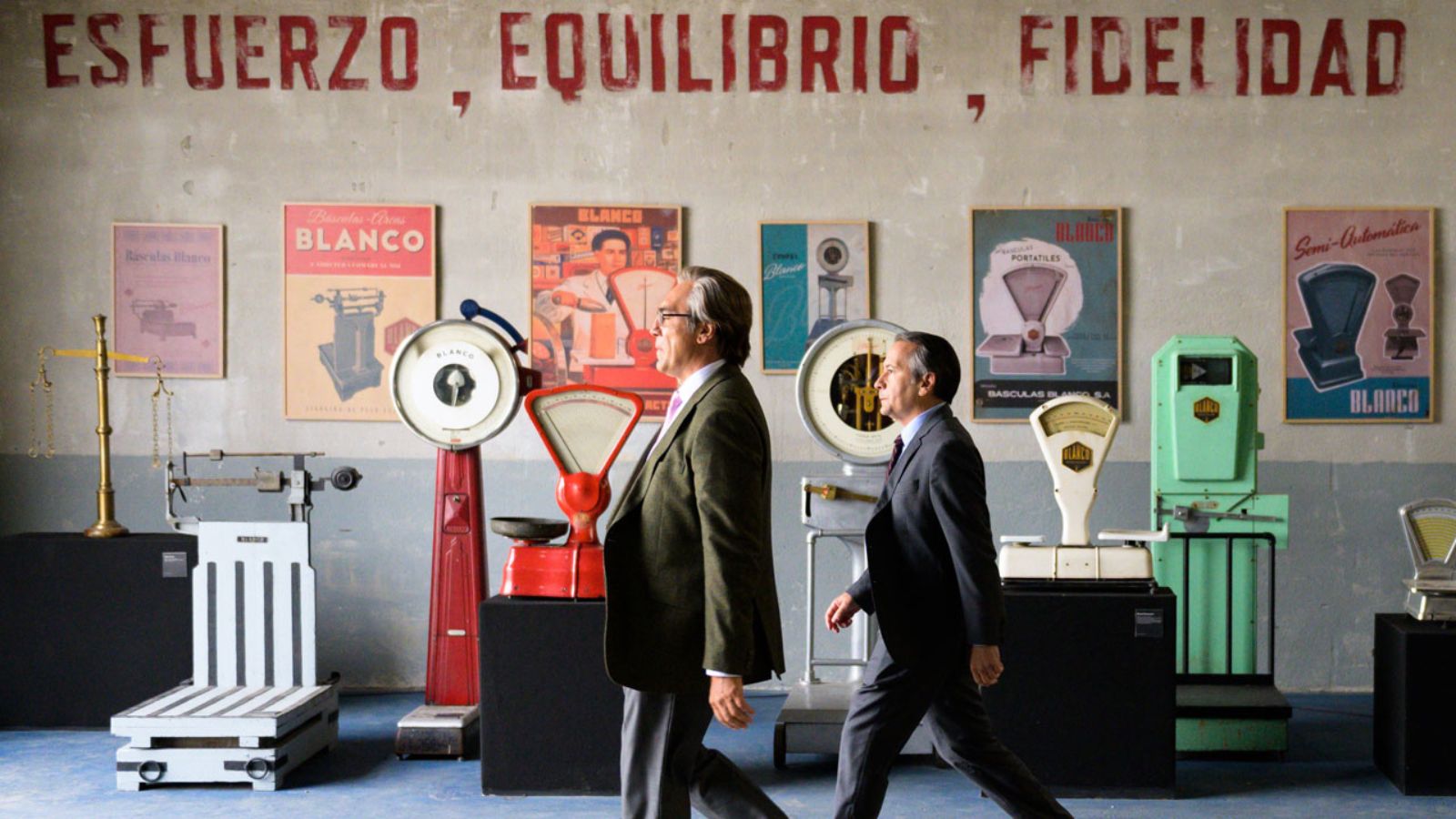 Caught in a web of intrigue and infidelity, scale manufacturer Julio Blanco’s (Javier Bardem) true self comes to the surface in this dark comedy from writer and director Fernando León de Aranoa, with its record-breaking 20 nominations at the 2022 Goya Awards.

He’s the soft-spoken, caring boss, the kind who wants to know how you’re feeling and if you’re happy, who wants you to know you’re truly valued. But behind the benevolent-dictator act, Mr. Blanco (Javier Bardem), owner of Blanco Scales, isn’t above tricking his own scales to get exactly what he wants. As he rallies his employees in preparation for an inspection that could garner him a coveted industry prize, Blanco is confronted with the emotional breakdown of right-hand man Miralles, whose disastrous home life has him slipping on the job; recently fired José, whose protest camp just outside the factory is attracting unwanted attention; and pretty new intern Liliana (Almudena Amor), who’s not the demure pushover he expected. As Blanco’s manipulations go awry and the scales of justice tilt away from him, the good boss’s mask comes off, leading to a dizzying climax in this biting, razor-sharp satire written and directed by Fernando León de Aranoa, with its record-breaking 20 nominations for the 2022 Goya Awards. — Hebe Tabachnik