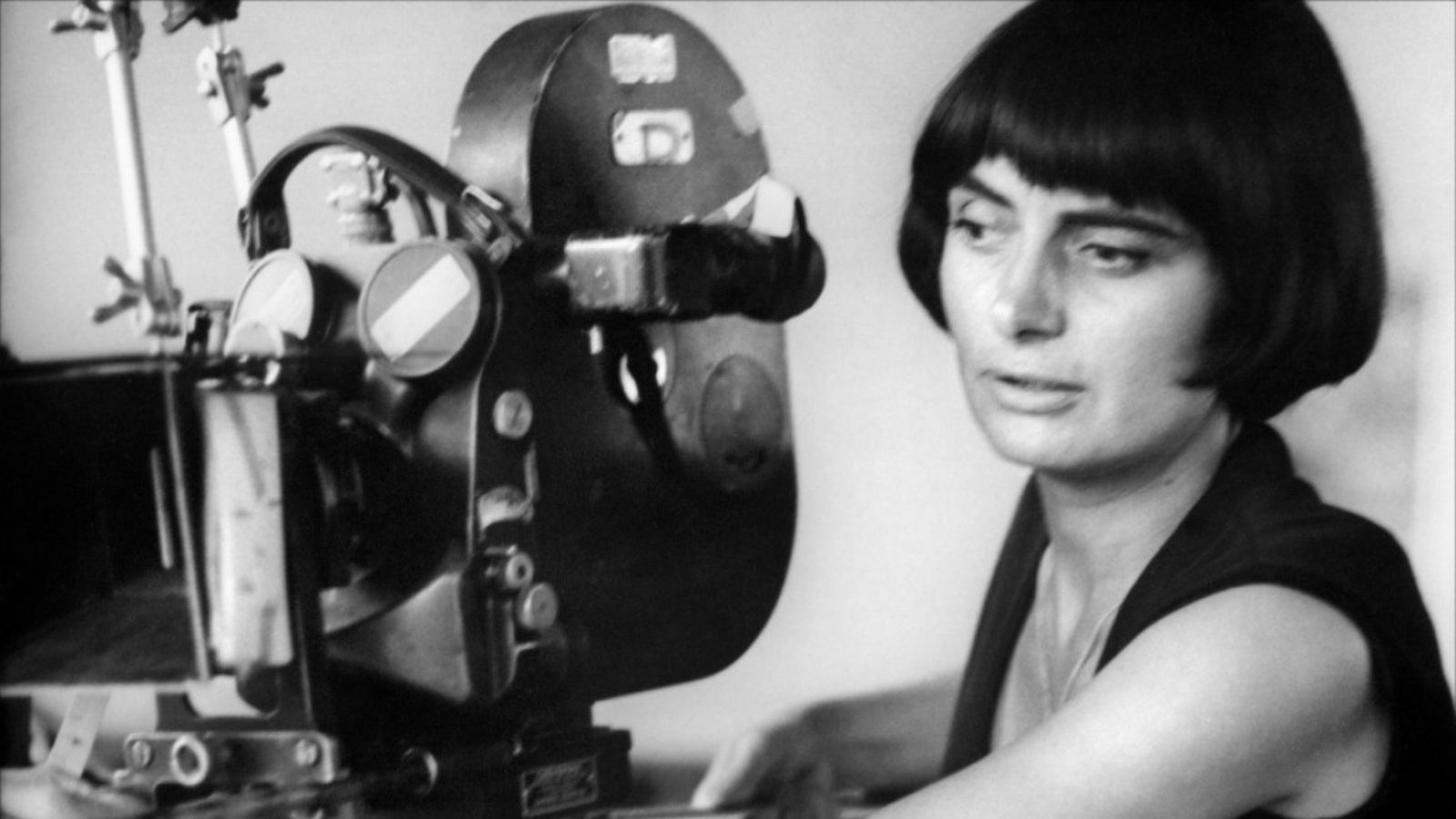 The all-new Auteur August program is alive and in-theaters! As we wrap up our week with Taika Waititi and head into our second featured director(s) of the series, The Wachowskis, we figured it was time to discuss… What is auteur theory anyway?

Should a director be the sole author and creative controller of their work? Does a film’s success hinge on the delivery of a director's singular vision? Or does it hinder us to use this criteria? Maybe it’s both. Maybe it’s neither. Maybe it’s as critic Nick Pinkerton put it, “a sometimes useful, sometimes cumbersome framework through which to view film art, rather than a hill to fight and die on.”

Wherever you stand, there’s no denying the influence it’s had on the discourse surrounding the art of cinema, the role of the filmmaker, and the films themselves. While SIFF’s picks put a fresh spin on the original politique des auteurs to encapsulate modern creators, we recognize that a theory is a theory—open to interpretation! To build on that idea, three members of our SIFF staff contributed their nuanced perspectives on auteur theory, deepening our understanding of film and the way we talk about it.

What Auteur Theory Means to Me

When it comes to auteur theory, I tend to side more with Pauline Kael’s views than with those of Andrew Sarris. That is, most films are massive collaborations between director, producer(s), screenwriter(s), cinematographer, editor(s), and various other departments, i.e. set-design, art direction, costuming, music, etc. That said, I do think there are auteurs, but not every director is an auteur just because they sit in a canvas-backed chair and yell out "action" & "cut". For me, an auteur is someone whose films are unmistakably a product of a signature craft, style, and/or aesthetic sensibility. Directors that I would consider auteurs include Alfred Hitchcock, Steven Spielberg, Martin Scorsese, the Coen Brothers, Agnes Varda, Wes Anderson, Akira Kurosawa, and, yes, even Michael Bay. Watch a clip from any of these filmmakers, and one can instantly identify whose work it is.

However, I don’t think of the auteur label as being exclusive to directors. In the 30s, studio producers were considered the driving creative force behind the scenes—David Selznick would be the ne plus ultra here. He exercised near total control over the production of Gone with the Wind, including hiring and firing the film’s four directors at various points during its shoot. Upon the film’s release it was immediately hailed as a masterpiece, the greatest film ever made. Selznick’s next production would be Rebecca, for which he would import Alfred Hitchcock from Britain. Here is a fulcrum moment in Hollywood history: Selznick and Hitchcock battled throughout the making of Rebecca, and the film that emerged was more Hitchcock than Selznick—the “auteur” begins to shift from the producer to the director; the irony, however, was that Selznick won his second of back-to-back Academy Awards for Best Picture while Hitchcock lost the Best Director Oscar to John Ford (another of Hollywood’s early director auteurs).

Over the course of Hollywood history, there have been other non-director auteurs: RKO’s horror unit producer, Val Lewton, being another prime example. The films he made at that studio in the 40s reflect his own unique sensibilities, more so than any of the three directors who helmed those pictures. Don Simpson and Jerry Bruckheimer produced a streak of 80s action flicks that were distinctly recognizable for their bombastic style. In the 90s, screenwriter Joe Eszterhas’s sleazy, sensationalistic screenplays received featured billing. Certain studio heads, such as Irving Thalberg and Robert Evans, have exercised such control over their respective studio’s output that one could make a case for their auteur credentials. Which brings us to what may be the biggest auteurs, the studios themselves. Most Hollywood films, from the Golden Age till present, have a distinct sensibility and look that is evident from which studio produced it. If you watch enough TCM, you begin to get a feel for what films from certain studios look like. Think of the big Technicolor musicals of MGM, Universal’s horror films, or the gritty crime flicks from Warner Bros. Films noir from RKO look and feel different from those produced at Columbia. One of the major criticisms of the Marvel Cinematic Universe is that they all look alike—the director’s own artistic vision is vague, if present at all. However, I’d argue that in this case the studio is the auteur, actively working to ensure a distinct and obvious visual mien that places each film (or TV show) in the MCU. — Dan Doody, SIFF Programmer & Short Film Coordinator

When I recently googled “auteur theory” one of the images suggested to me was a black and white portrait of Quentin Tarantino staring through a camera. Recently, I’ve been putting CSI on in the background while I do chores. Much to my surprise, Quentin Tarantino directed the two-part season five finale, in which one of the science cops is kidnapped and buried alive in a plexiglass coffin. It’s a tale of revenge resolved by an ant on a webcam, and I was entertained! It made me imagine an alternate universe where Quentin Tarantino makes his living as a TV director.

I struggle with auteur theory. It can downplay the collaborative nature of filmmaking by assigning one person as the work’s author, but can also acknowledge an artist’s singular vision. In a media landscape where CSI has now ouroboros-ed itself back into CSI: Vegas, shouldn’t we want more filmmakers whose styles are their own, not a franchise playbook? But “Grave Danger” is the first Tarantino-directed work I’ve seen in a few years now—the constraints of TV-14 and a 45 minute runtime curtailed some directorial tics that made me pass on his more recent films. If the auteur-director doesn’t leave space for new ideas, collaboration, and experimentation in their work, they can end up digging their own grave. — Caroline Beston, Office Manager

Death of the Auteur: Film as an Assemblage

My central issue with auteurism is that it disregards context. As a mode of critique and creation in cinema, it's both authoritarian and ahistorical. A film becomes a kind of hermetically sealed object; an ouroboros of a text, where everything within a movie is indicative of directorial intent/genius, and everything outside of the film is irrelevant—including the exterior actions and history of a filmmaker. The body of work is the filmmaker and vice versa. In this sense, auteur theory should be seen as an extension of great man theory, a ghost that still haunts our interpretation of historical processes—great individuals create change and become embodiments of history in of themselves, etc.

I resist this kind of analysis with every fiber of my being. As a person who enjoys films, as one who wishes to take part in their creation, I find it (as previously noted) ahistorical at best, but flat out unethical at worst. A film is not the product of its director. It is an assemblage, of which a director is just one part. Films emerge from a multiplicity of factors; from the workers who make up its set and post-production, from the people who fund it and provide production support, from the discourses and ideologies that those people have absorbed consciously or unconsciously, from their interactions with other films before and after, from critics who praise or judge the work after, so on. A film, like ‘history’, is always happening, always becoming. It is not a static object. And to be engaged with, evaluated, it needs to be held on those terms. Reference to the authority of the filmmaker and their text (the film) is the easiest route we can take, because it more often than not means not grappling with larger questions of ethics and politics inherent to film production.

I think providing an example of how auteur theory fails both in terms of a mode of creation and analysis is important. The control that auteurism argues as necessary to great filmmaking lends itself well to abuse and exploitation. We know the stories of Kubrick, Tarantino, Hitchcock, etc., and wannabe’s like Landis or Refyn. Even a truly excellent filmmaker like Kiarostami has not been immune to tales of harm toward those involved in their productions. What is interesting is that, in auteurist evaluations of auteur cinema, these kinds of things are acknowledged… and then separated. Again, in auteur theory, the director’s body of work—the actual images on screen—are what matters. This often leads to a perverse mode of analysis that acknowledges the behavior of these filmmakers (emboldened by their auteur approach) but contends that the films they make effectively justify it; “You see, we know Kubrick/Tarantino abused these people… but in this film, x happens, and it’s clearly them processing/acknowledging it”. Even harm and exploitation become absorbed into auteur evaluation, rather than taken as indicative of the flaws in such analysis to begin with.

Where does this leave filmmakers like the ones in Auteur August, though? Even as a fan of, say, the Wachowski sisters, the problems inherent to auteur theory exist here. The themes of the Matrix films have been labored over many times—I would assume most people going in are familiar with it is a trans and queer text, as an anti-capitalist text, etc. I don’t think these evaluations are wrong, but we have to challenge our desire for representation with the elements of these films that are structurally harmful. The contradictions are apparent: how can we analyze a film as anti-capitalist when in all likelihood, the thousands of VFX artists who worked on these films were severely underpaid and made to perform crunch time? When the disparities in pay between actors/directors and below-the-line crew are astronomical? This conflict is true for many modern filmmakers that have emerged in the quest for representation; can we really say a movie serves a community well when the actual CIA and US Military are involved in the production (looking at you, Marvel)? If we’re only looking at the director, the auteur, then we can. — Aaron Dean, Cinema Lead