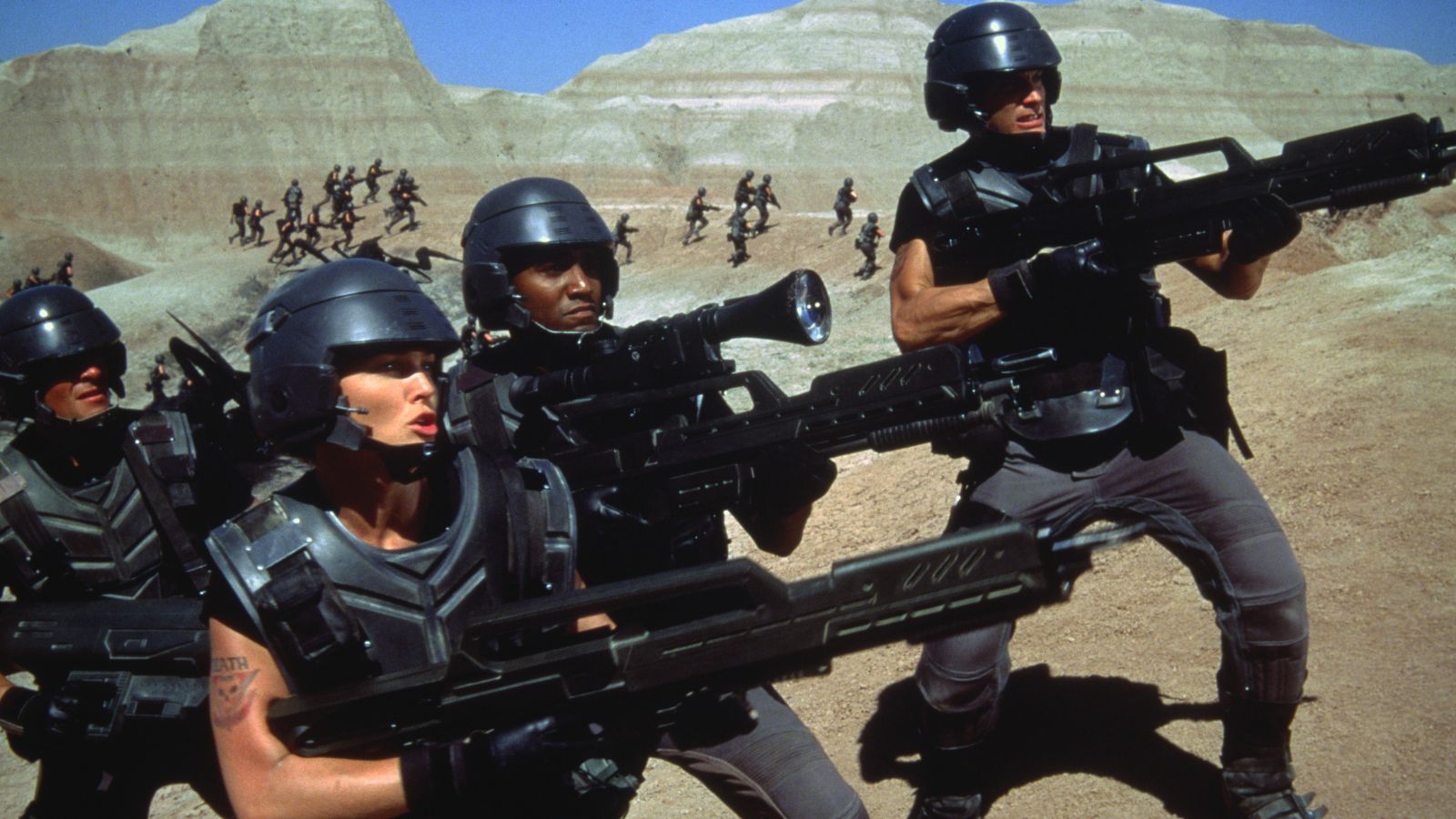 In the distant future high school kids are encouraged to become citizens by joining the military. What they don't know is that they'll soon be engaged in a full scale war against a planet of alien insects. The fight is on to ensure the safety of humanity.

From the bridge of the Fleet Battlestation Ticonderoga, with its sweeping galactic views, to the desolate terrain of planet Klendathu, teeming with shrieking, fire-spitting, brain-sucking special effects creatures, acclaimed director Paul Verhoeven crafts a dazzling epic based on Robert A. Heinlein's classic sci-fi adventure. Casper Van Dien, Dina Meyer, Denise Richards, Jake Busey, Neil Patrick Harris, Patrick Muldoon, and Michael Ironside star as the courageous soldiers who travel to the distant and desolate Klendathu system for the ultimate showdown between the species.